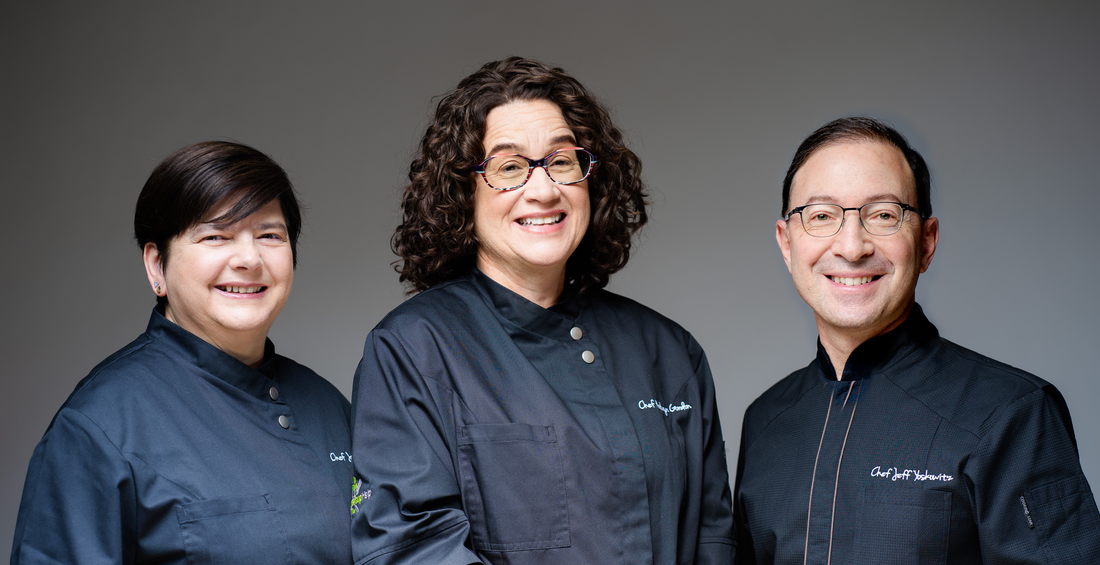 Photo credit to Eric Korenman
​Food Startup Help was formed by colleagues at the Institute of Culinary Education in NYC to help graduates and countless others that need guidance opening or expanding profitable food businesses.  We have formed an expert team that can work with you to meet your goals.
Contact us
Chef Kathryn Gordon
Chef Kathryn Gordon is a co-founder of Food Startup Help, a consultancy group for bakeries and food entrepreneurs with projects across the country and abroad.  In 2017, she was named one of the Top Ten Pastry Chefs in the United States by Dessert Professional Magazine.

Chef Kathryn is a Chef Instructor in the professional Pastry & Baking Program at the Institute of Culinary Education (ICE) in NYC. In addition, she is the Chair of the Center for Advanced Pastry Studies (CAPS), ICE’s continuing education program for industry professionals.

Kathryn graduated from Vassar College, and worked in management consulting after finishing an MBA at NYU Stern in Finance, but turned her knowledge and interest for cooking into a passionate career. Kathryn was privileged to work under renowned pastry chef Jacques Torres, M.O.F and she earned honors certification from L'Academie de Cuisine in Maryland and began working in Washington D.C. at Kinkead’s Restaurant, Criollo Chocolate and Occasions Catering.  She returned to Manhattan and trained at two 4-star NYC restaurants--Le Bernardin and Le Cirque. She refined her culinary skills while working in the kitchens of The Rainbow Room and Windows on the World, where she was the Pastry Chef of Cellar in The Sky.

Chef Kathryn has also taught at the New York Restaurant School, Brookdale Community College and Kingsborough Community College (CUNY), and has been a reviewer of three of the industry’s leading textbooks. Chef Kathryn was an assistant producer for the Carymax World and National Pastry Championships and the World Pastry Forum for 12 years, including helping to emcee the live competitions.  She has competed on Food Network with a colleague from ICE, and participated in the Paris Gourmet US Pastry Competition, regional chocolate showpiece competitions, and placed third in a national plated desserts competition.

Kathryn is a featured chef in the American Almond Lookbook. Kathryn is also a member of Les Dames d’Escoffier, NY Chapter and the Green Tables Committee.

Her best-selling first cookbook, co-written with Anne E. McBride and released in 2011 by Running Press, Les Petits Macarons, Colorful French Confections to Make at Home, has been described by The Wall Street Journal as the most “comprehensive and inspiring” book on macarons in any language, and has been translated into Chinese.  Their second book, Les Petits Sweets, Two Bite Desserts from the French Patisserie, was released in 2016.


Chef Jeff Yoskowitz
Over 30 years of combined food and food management experience began only a few short months after Jeff graduated from culinary school and opened his first food business, an 80 seat restaurant which he owned, operated and built from scratch. This first business was the launching pad for other businesses including a successful wholesale bakery that Jeff also built, owned and operated for 9 years.

In between the years that Jeff owned his businesses, he had managed and worked in the kitchens of restaurants and a private club, became the executive pastry chef of a retail bakery with multiple stores and a wholesale division. He also furthered his culinary skills with advanced courses in France and Switzerland.

Along with writing programs and curriculum for several culinary schools, Jeff’s 20 years of experience teaching in these schools led him to his current position as the Program Director and Lead Instructor for the Professional Pastry and Baking Program at the Institute of Culinary Education where he manages a team of Chef Instructors, teaches students and helps advise alumni and current students in their careers and food businesses.
Watching graduating students struggle with the many aspects of starting a food business, Jeff understood the need to help those looking to start their own food businesses. As a result, Jeff became a founding partner of Food Startup Help, assisting companies with all aspects of the food industry ranging from food product inception through manufacturing and many other essential services. Jeff, along with his partners, is currently co-authoring a book on how to bring food products to market.

In conjunction with assisting food startups with the operational aspects of getting their companies off the ground, Jeff has also founded Z Commercial Capital, a financial brokerage company, in order to help startups find the capital they need for launching their businesses and for their stages of growth. Jeff volunteers his time as a certified Subject Matter Expert (SME) for food businesses and production for SCORE.


Chef Jessie Riley
Jessie Riley is a co-founder of Food Startup Help and responsible for the original business concept. Jessie graduated from New York University with a Master’s Degree where she also taught graduate level courses in the arts program. She worked for many years in higher education administration in enrollment services and information technology overseeing various construction projects and managing large budgets as V.P. and Chief Information Officer. Jessie has been able to tie together various aspects of these skills in her current work on kitchen and bakery design, equipment procurement, budget management and operational improvement for Food Startup Help clients.

After deciding to pursue a lifelong interest in food through more formal training, Jessie graduated with highest honors from the professional program at the Institute of Culinary Education (ICE). She then worked at NYC restaurants, a bakery in France, and a wholesale production bakery in NYC. Subsequently, Jessie has taught professional culinary classes at Kingsborough Community College in Brooklyn, where she also worked on curriculum development and cost controls. Jessie has taught continuing education classes at Kerekes Bake Deco, recreational classes at Rustico Cooking in Manhattan, and co-taught a Couples Cooking Series at ICE, The Silo Cooking School in CT and at King Arthur Flour in VT.

Jessie is an Adjunct Chef Instructor in the Culinary Arts program at NYC Technical College (CUNY), where she has taught Culinary I, Culinary II (with a dining room component), Food Cost Control, Introduction to Food & Beverage, and Food and Sanitation for many years.

Jessie’s range of skills and interests in the food industry are wide ranged. She is a member of Les Dames d’Escoffier, New York Chapter, and currently serving as board secretary. Jessie appeared as a co-host of Wild Game Domain on Heritage Radio. For many years, Jessie produced the annual Top Ten Chocolate Awards and Top Ten Pastry Chef Awards ceremonies for Dessert Professional Magazine.